After a few years' focus on Brexit, the political environment has suddenly changed immeasurably. Behind the scenes, we've been working hard to not only communicate Government decisions you, our members, but to ensure that your voices are heard in Government. During this difficult time, we are doing our best to be both nimble and helpful in how we react to a rapidly changing situation.

For the 16 April lobbying update given by Webinar, click here.

We’re still working hard on your behalf to communicate with Government and Parliament the impacts of the COVID-19 pandemic on your businesses. April has been a very busy month!

Our second COVID-19 survey is now out. We want to hear from you about what happens next in terms of responding to COVID-19. This information is a vital part of our conversations with Government, so please do complete the survey and add your thoughts in the comments section.

We were invited to take part in a ‘Virtual Roundtable’ with officials from the Department last week (23 April). 11 BPIF/BOSS members took part in the call which was chaired by Charles Jarrold. The members represented businesses from a range of regions across the UK, and of various sizes. All had previously expressed to us their views on aspects of the Government’s COVID-19 response, and what the next steps might be.

The call was chaired by Charles Jarrold and involved views being fed back from members about the Coronavirus Business Interruption Loan Scheme, the Job Retention Scheme, credit insurance and the future post-JRS.

Two participants shared their experiences accessing Business Interruption Loans over the past few weeks, which had been stressful, largely due to eligibility criteria and terms required. However, both had now been able to access a loan. BEIS fed back that since the Treasury gave the banks further direction, the figures for loans were now increasing significantly and that many businesses which had previously been denied a loan were now being granted one. Members who had been turned down in the early days of the Scheme should reconsider applying now.

The Job Retention Scheme was discussed, with a number of members saying that the Scheme had been very helpful and had allowed them to avoid redundancies. However, some members warned that although the recently announced extension was helpful, they may still face having to make redundancies when the Scheme ends, especially if this occurs abruptly. As such, the Scheme needs to be more flexible. If and when order levels begin to improve, noted members, the three-week furlough arrangement wouldn’t be appropriate. A one week, or even shorter, period would allow companies to adapt to increasing order levels and be able to take on small jobs.

The BEIS official responded that the Government has recognised that there are issues around the three week arrangement; this has been fed back by a number of sectors. HMRC feel that if there is any more flexibility in the system it will be opened to abuse, and a more flexible system would have affected their ability to distribute the Scheme’s first payments in April. He reassured that now this had taken place, discussions are taking place in Government about how to cover a more gradual return to work.

On the matter of credit insurance, one or two members had noted insurance providers pulling cover from customers in a ‘blanket’ manner for print businesses. One member had needed to work hard on a case-by-case basis to get cover reinstated. It was noted that the metrics used by credit insurers are not ensuring that good businesses are granted cover.

The future beyond the current situation was a popular topic for discussion. Members were grateful for the Scheme but concerned that it had merely delayed redundancies until the Scheme ends. If this occurs, significant redundancy payments will have to be made, and this could threaten businesses. Some members suggested that following the end of the Scheme, they should be allowed to furlough staff on reduced pay,  financed by the business, until they are needed again. Other issues raised were the deferral of VAT payments, which in the short term is welcome but in the long term could entail building up what’s owed. Liquidity in the supply chain was also an issue going forward, with a number of members reporting an increase in late payments.

BEIS officials responded that there is a lot of work taking place in Government on the ‘post Job Retention Scheme landscape’ and particularly on the staggering of Government support/return to normal plans. It’s likely there will be announcements in the second week of May following in-depth engagement with businesses. It will certainly be a managed process and won’t be a sudden ‘back to work’ scenario. A lot of considerations are in the mix, including regional differences which have to be borne in mind. He requested any future feedback on these issues. On the matter of late payments, he urged small companies to make the most of the Small Business Commissioner to lodge cases against late payers.

We are hoping to have further roundtables with the Department; please let us know if you’d like to take part.

We have written to Lord Callanan, Under Secretary of State, regarding the Climate Change Agreement. Budget 2020 saw the Agreement extended for a further two years and reopened to new entrants until the end of September 2020. However, under the current circumstances, we feel that this is not enough time for companies to apply. We’ve asked Lord Callanan to consider keeping the Scheme open until the end of December this year. Since we wrote, a consultation has been launched by the Department, to which we will respond.
---

We have a number of MPs and members of the House of Lords who we regularly keep in touch with regarding issues which affect the print industry. They have been especially helpful in recent times on issues such as the Government’s change to the May 2020 bank holiday and its impact on calendar/diary printers. We are keeping this group abreast of our lobbying work on COVID-19 and hope to be able to meet face-to-face again following the lockdown.

Lobbying Update 3 April 2020
Over the past few weeks we've been in constant contact with the Department for Business, Energy & Industrial Strategy (BEIS). Encouragingly, they've been keen to understand the impact of COVID-19 on the print (and other) industries and we're confidence they're listening. Below is a round-up of some of our activities.

Letter to the Secretary of State

On 30 March, we wrote to the Secretary of State for Business, Rt Hon Alok Sharma MP, calling for:

You can read our letters to Ministers in the documents section.

We also enclosed an Update for the Department which we hope will be especially helpful for officials, giving more detail about how print is being affected and how we'd like more to be done to support the industry at this time. It feeds back the results of the Coronavirus Impact Survey, our recommendations as above, as well as anecdotal evidence that you've shared with us about the impact of the crisis.

Following this, we were delighted at the start of April when the Government removed the requirement for banks to offer commercial loans ahead of offering the CBIL Scheme. This should help businesses that have had their first enquiries rejected on the grounds that their business was too strong, and perhaps if their business was not considered to be viable.

You also reported to us that the banks you approached were insisting on significant personal guarantee requirements, meaning that you were being expected to to pledge your business premises and any assets (other than primary residence) as security against the loan. We were pleased to see that an increasing amount of banks started removing these requirements, with efforts being made to streamline the application and approval process. While there's some dispute about whether the requirements actually came from the banks, or from the Treasury in the first place, on 2 April the Chancellor banned lenders from requesting personal guarantees on loans under £250,000.

We'll continue to communicate issues with the CBIL Scheme to Government and seek any further adjustments we think should be made.

We've also been working with others in the sector and beyond, making sure that we share information and collaborate on joint lobbying initiatives, which strengthen our voice in Government. We've been in close contact with:

We have also (2 April) joined with the Unite the Union, the British Medical Association, Unison and the Royal College of Nursing to call for a repurposing of manufacturing capacity currently furloughed or underutilised to produce the PPE kit desperately needed by the NHS, social care providers and other frontline workers across UK industry. You can read more about this initiative here. 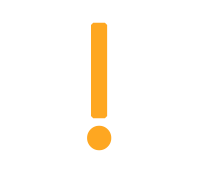