Guidance for employers of EU staff

Last week the Government scrapped its plan to charge EU citizens a fee of £65 to secure the right to continue living in the UK. The EU Settlement Scheme is currently in a test phase and the charge of £65 applies - however this will be scrapped when the Scheme is rolled out in full. Any early birds who have already paid the fee will be able to claim a refund.

Ensuring your staff can continue to work for you after Brexit is a concern for many of you. The Home Office has launched a toolkit to help employers and their EU staff understand and apply for UK settlement. It will support you to give practical advice and reassurance to your staff from the EU.

It includes leaflets and posters for the workplace which outline the steps your staff should take to apply.

The toolkit is available from the UK Government website.

The EU Settlement Scheme opened fully on 30 March and over 50,000 applications were made on the opening weekend of the Scheme going live, bringing the total number of applications made to more than 280,000.

EU citizens have until 30 June 2021 to apply. However, if the UK leaves the EU without a deal, the deadline for applications will be brought forward to 31 December 2020.

The Home Office's toolkit for employers has been updated, explaining what staff need to do and providing information - posters, videos, etc - to help employers communicate to staff about the EU Settlement Scheme. There is also a UK Settlement Scheme helpline for applicants, 0300 123 7379.

As you'll know, staff members who paid fees to apply for the EU Settlement Scheme are due a refund, as the Government has decided that the scheme will be free.

They've confirmed that refunds will be paid automatically back onto the bank cards from which they were debited, so there's no need to for staff to take any action. Any problems and staff should contact the EU Settlement Resolution Centre on 0300 123 7379.

If you have new staff who are struggling to prove they've been resident in the UK, the Government has published a list of evidence that can be provided. In the vast majority of cases, the Government will confirm residence using an automatic check of tax records. However, the individual can submit other forms of evidence if necessary. They will not need to provide evidence for their entire UK residence - just enough to show whether they qualify for settled or pre-settled status. They should only need to provide one document dated in the last six months to be granted pre-settled status.

As of July 2019, applications are currently taking between one and four days to process.

The CIPD has published a guide to workforce planning for employers. It provides Managing Directors, Chief Executives, Finance Directors and HR professionals with a practical structure for determining their own Brexit resourcing strategies. It includes how to do scenario planning, take stock of key risks and consider contingency actions you might take in response.

Mid month saw the release of new information from the Home Office about the planned Points Based System. The new system comes into effect on 1 January 2021 when free movement with the EU ends.

There are five key new pieces of information in the publication:

For those EU citizens already living and working in the UK, the Settlement Scheme remains open for just under a year. More than 3.6 million applications have been made and over 3.3 million people have been granted status.

Any EU staff not yet signed up should be encouraged to do so as soon as possible. There is a Government Toolkit you can use to help communicate with staff. 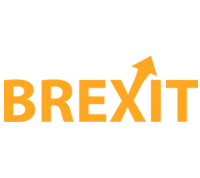