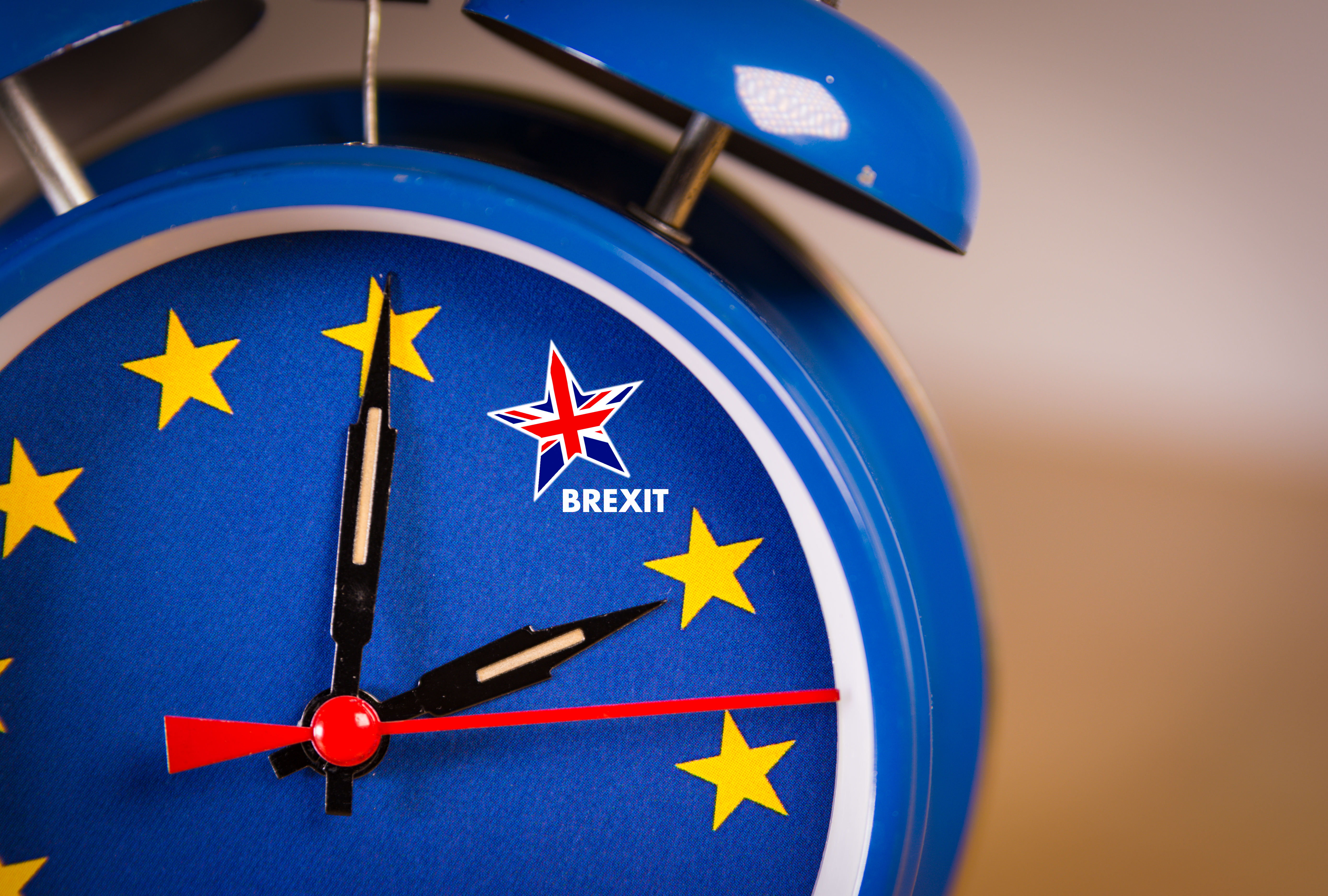 Welcome to the September 2020 Brexit Bulletin. The pace continues to quicken, with less than 100 days to go until the end of the Transition Period...

Remember, you can use the 'Check, Change, Go' function on the Department for Business website to help identify the specific steps your business needs to take to be ready for January.

7. Goodbye to the CE Mark

On Monday (28 September) sees the final round of talks begin, which should run until Friday. This is the ninth round of negotiations, and still competition regulations and fishing are the matters blocking the way. Despite this, the BBC has reported one EU diplomat as saying the two sides were "90% there" on agreeing technical issues. However, the diplomat also said the "remaining 10% is political" and "if that can't be solved, then the 90% is irrelevant."

At this point, there are around two weeks to go until the date Boris Johnson says is the deadline for a deal to be reached (15 October), if the UK is going to be ready by 1 January 2021. Sounds from Brussels seem to suggest late November is a more realistic time frame, which of course leaves businesses uncertain up to only a month away from the end of the Transition Period.

Back home, the Internal Market Bill has been one of the controversial Brexit-related stories of the month. Expected to pass its House of Commons stages this week, this rather troublesome piece of legislation has come under huge criticism from all the living former UK Prime Ministers and some Tory MPs, as well as EU figures, senior US politicians and Amal Clooney.

Why is it so controversial? Basically, because it could override parts of the EU Withdrawal Agreement. The purpose of the bill is to ensure goods can move easily across England, Scotland, Wales and Northern Ireland after Brexit. It would create common rules that apply across the whole of the UK - limiting the powers of the devolved administrations to regulate goods and services - and give UK ministers the power to 'disapply' previously agreed rules relating to the movement of goods, including any under the Northern Ireland Protocol.

It also allows British ministers the power to provide financial assistance (i.e. state aid) to Scotland, Wales and, crucially, Northern Ireland. This is a violation of the Protocol in the Withdrawal Agreement which says it must liaise with the EU over any state aid that needs to be awarded.

If the British negotiating team get what they want from trade negotiations, particularly around state aid, the Government will probably withdraw the bill. If they don't, it remains on the table. The EU has demanded Britain withdraw the clauses in the bill that conflict with the Withdrawal Agreement or it could face legal action.

Northern Ireland Secretary, Brandon Lewis admitted to critics in the House of Commons that "this does break international law" but said it was only in "a very specific and limited way."

Coming next month, we'll have more information for employers on how to use the new Points Based System if you're planning on hiring workers coming from the EU from 2021 onwards.

We also hope to have news of more webinars and other resources from the Department of Business to help businesses prepare for 1 January 2021.

The Confederation of British Industry (of which the BPIF is a member) enjoyed widespread press coverage on Sunday (27). Their survey of 648 companies found only 4% said they would prefer no-deal to be agreed on trade. 77% said they wanted a deal to be agreed. Support for a deal rose to 86% among distribution companies and 83% of manufacturers.

The CBI used the research to make a final call for a deal to be made, with Carolyn Fairbairn, the CBI's Director-General, saying, "Now must be the time for political leadership and the spirit of compromise to shine through on both sides. A deal can and must be made."

Print falls into ‘Metals and Other Materials’ but we’ve included all sectors as a number of you are tied into these. To sign up, just click the appropriate link below.

Services and Investment – 11am, Tuesday 13 October

Metals and Other Materials - 11am, Tuesday 20 October

Electronics and Machinery - 11am, Wednesday 21 October

The Government has said this month that truck drivers will need a permit to enter Kent from neighbouring counties after the Brexit Transition Period ends.

A letter from Michael Gove to logistics campaign groups warned that queues of 7,000-trucks-long could clog up roads around the port of Dover and Channel Tunnel in a 'reasonable worst case scenario'.

To avoid such gridlock, he announced a 'Kent Access Permit' (KAP) system would be installed, and would be enforced by police and Automatic Number Plate Recognition cameras.

Drivers of lorries weighing more than 7.5 tonnes will need to apply for the permits online and show that they have all the paperwork they need to ferry goods to Europe.

Drivers who are found travelling to Dover or Folkestone without a Kent Access Permit face being given a £300 fine by the police or the Vehicle Standards Agency.

It's likely that, in order to minimise bureaucracy, KAPs will be issued to all drivers who simply claim their paperwork is in order. For this reason, the Road Haulage Association has criticised the new arrangement as being "an honesty box system... not an effective system to actually guarantee or ensure that someone is ready to cross the border."

A little later than intended, on 7 September, the UK-Japan trade deal was announced. It's the first post-Brexit major trade deal to be done, with the aim of boosting trade between the countries following the end of the Transition Period.

This 'agreement in principle' says that 99% of exports from the UK to Japan will be free of tariffs, so it's fairly similar to the deal the EU agreed with Japan in 2018.

Even though trade with Japan accounts for just 2% of the UK's total trade, that trade value (both ways) is almost £30bn - and while it's a drop in the ocean compared to UK-EU trade, the Government is hoping the deal with Japan will serve to boost confidence for UK businesses.

We hope you enjoyed Future Focus! During the event, we used a number of polls to gauge the opinions of BPIF, BOSS and VMC members on a wide range of issues.

Will your company revise its investment plans if the UK leaves the EU without a trade deal? 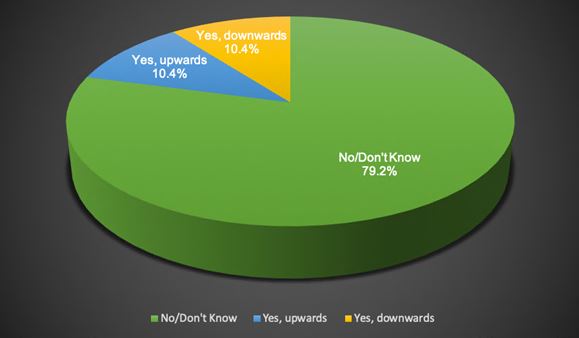 7. Goodbye to the CE Mark

The CE mark, which is currently used to show the manufacturer's declaration that the product meets EU standards for health, safety, and environmental protection, will no longer be in use.

Instead, it will be replaced with the UKCA (UK Conformity Assessed) marking. This new marking will apply to most goods currently subject to the CE marking - in other words, manufactured goods being placed on the market in England, Wales and Scotland.

The new UKCA mark can be used from January but to allow businesses time to adjust to the new requirements, you will still be able to use the CE marking until January 2022 in most cases.

To read more on the guidance, please click here.

There is different guidance if you're:

If you have questions, there is a team in the Department for Business who should be able to help you - email [email protected]. Let us know how you get on, and especially if you have difficulty getting your questions answered.

We've trawled through the latest publications about Brexit of particular relevance to the printing industry here.