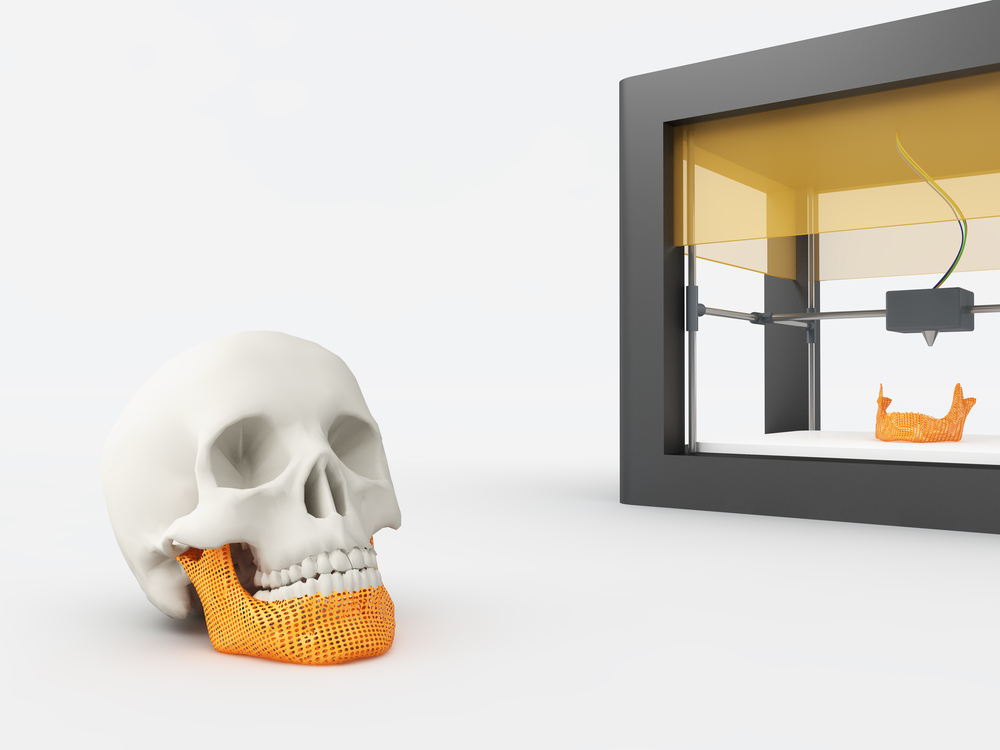 Thanks to digital scanning and high-resolution 3D printing, a cancer survivor has been given a new jaw.

Shirley Anderson, a former mechanic who served in the Navy during the Vietnam War, was diagnosed with tongue cancer in 1998, after he discovered a lump in his mouth. The cancer was treated with years of surgery and radiation therapies, including a radium implant in his jaw that destroyed a significant portion of his facial tissue, leaving him without a jaw or an Adam’s apple.

Surgeons attempted to fix the problem by using muscle from his chest to recreate the affected area, but their attempts failed. For many years, he lived without a jaw, finding it impossible to eat solid food or talk.

In 2012, however, his story was discovered by Dr Travis Bellicchi, a maxillofacial prosthetics specialist at the Indiana University School of Dentistry. Although the scale of the prosthetics needed for Shirley’s case was four times larger than any of his previous work, Dr Bellicchi was determined to help.

Dr Bellicchi initially created a prosthetic jaw using traditional methods. However, the prosthetic lacked realistic detail, often slipped off the face, and was unbearably uncomfortable. So the surgeon looked to more recent developments in digital scanning and 3D-sculpting techniques.

“The traditional process for impression, sculpting, mold-making, and aesthetic characterization is a laborious task,” Dr. Bellicchi explained in a press release. “I knew there was a need for a digital solution.”

With the help of Professor Zeb Wood, a lecturer at the School of Media Arts and Sciences, Dr Bellicchi created a digital model of Shirley’s face using bone structure data from a CT scan and a 3D scan of his facial features. The team used the 3D printers at Formlabs to create a three-dimensional mold of Shirley’s face, which they then used for the prosthetic.

“They really couldn’t believe how easy it was," said Cade Jacobs, an Indiana University student who used ZBrush 3D-sculpting software to design the prosthesis. "They had been struggling to get the same results for a long time when they were using the traditional process."

Not only is this new prosthetic far more realistic, it is also more breathable, lighter, and comfortable. In honor of Shirley, Dr. Bellicchi has dubbed this new digital method of creating artificial facial parts “The Shirley Technique.” He is now using these new skills to help a handful of other patients, including a man who lost his ear.

Dr Bellicchi added: “It’s a privilege to have an opportunity to work with a patient like Shirley because Shirley makes the process collaborative. Shirley participates in my work to improve his prosthesis. Although it’s likely the most significant challenge I will ever face in my prosthetic career, I think it may be the most rewarding.”

Although Shirley is still unable to talk, he recently wrote on his whiteboard: “I have my life going just as I want.”