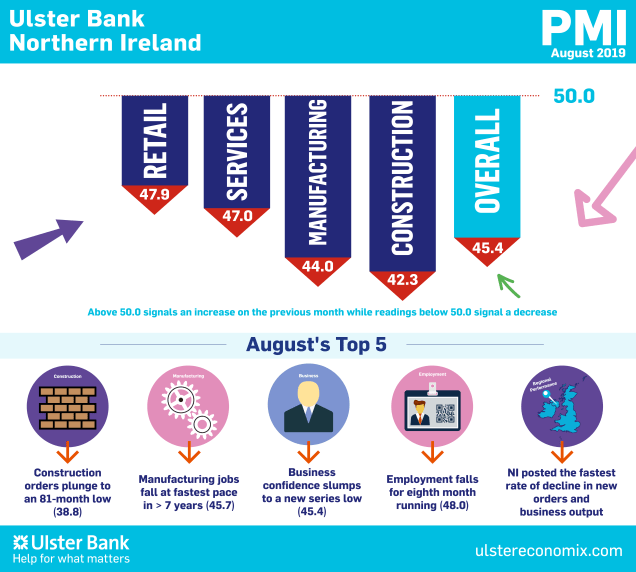 The latest PMI provides further evidence that Northern Ireland's private sector has entered, or is entering, recession. Output has fallen for the sixth month in a row and exports have declined for the seventh month. Add to this an eighth successive month of falling employment and it is hard to avoid this conclusion.

All four sectors monitored by the PMI are in decline for the fourth month running according to the latest survey. Perhaps the most concerning elements of August's report are the pace of deterioration in business conditions within the construction and manufacturing sectors. Construction orders plunged to an 81-month low and have now been falling consistently for 12 months.

Within manufacturing, both output and orders continue to fall markedly, and significantly this is now impacting on staffing levels. Manufacturers posted their fastest rate of job losses in over seven years during August.

It should be remembered though that the deterioration in the employment picture is coming from a position of considerable labour market strength. Indeed, many firms continue to cite skills shortages as a barrier to their hiring intentions. The lack of hiring in some cases is therefore not for the want of trying.

If the PMI's sentiment indicator is correct though, the labour market will likely deteriorate further over the months ahead. Northern Ireland firms are now their most pessimistic since this started to be tracked almost three years ago. This is particularly the case in the construction sector, with services the only sector where activity is not expected to be lower in a year's time.

The main findings of the August survey were as follows:

The headline seasonally adjusted Business Activity Index ticked up to 45.4 in August from 45.0 in July. Although the reading signalled a slightly weaker fall in output, the rate of contraction remained marked. Business activity has now decreased in six consecutive months, with Northern Ireland again recording the sharpest reduction of the 12 monitored UK regions. All four sectors recorded declines in business activity during August, with the sharpest reduction in the construction sector.

Uncertainty surrounding Brexit underpinned much of the weakness seen in the Northern Ireland private sector. A steep decline in new orders extended the current sequence of contraction in new work to seven months. Foreign customers were also reportedly reluctant to commit to new projects given Brexit uncertainty. As a result, new export orders decreased sharply again. Companies responded to lower workloads by cutting staffing levels again during August. Although the rate of job cuts remained modest, it intensified to the fastest since May.

The rate of input cost inflation quickened to a seven-month high in August, and was the steepest of the 12 UK regions covered. Sterling weakness was the key factor leading input costs to rise. Retailers registered the sharpest increase in input prices. Selling prices increased at a solid pace, albeit one that was slightly weaker than in July. Confidence among Northern Ireland companies dropped sharply in August and was the lowest seen in the two-and-a-half year series history. The impact of Brexit on the Northern Ireland economy was behind expectations of a fall in output over the coming year. Pessimism was seen at manufacturing, construction and retail companies, with weak optimism at service providers. 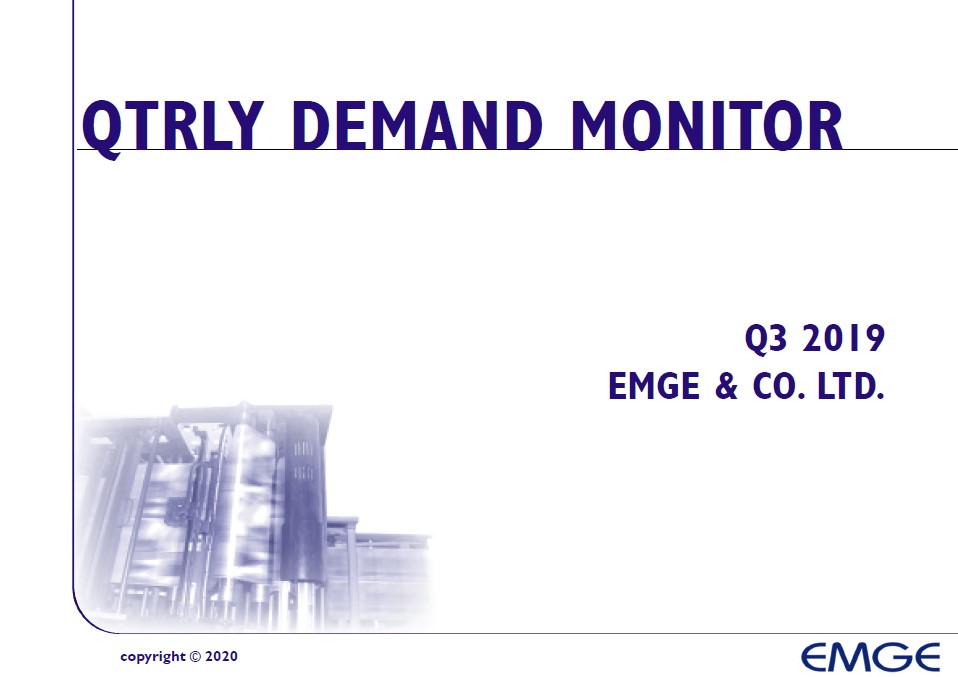