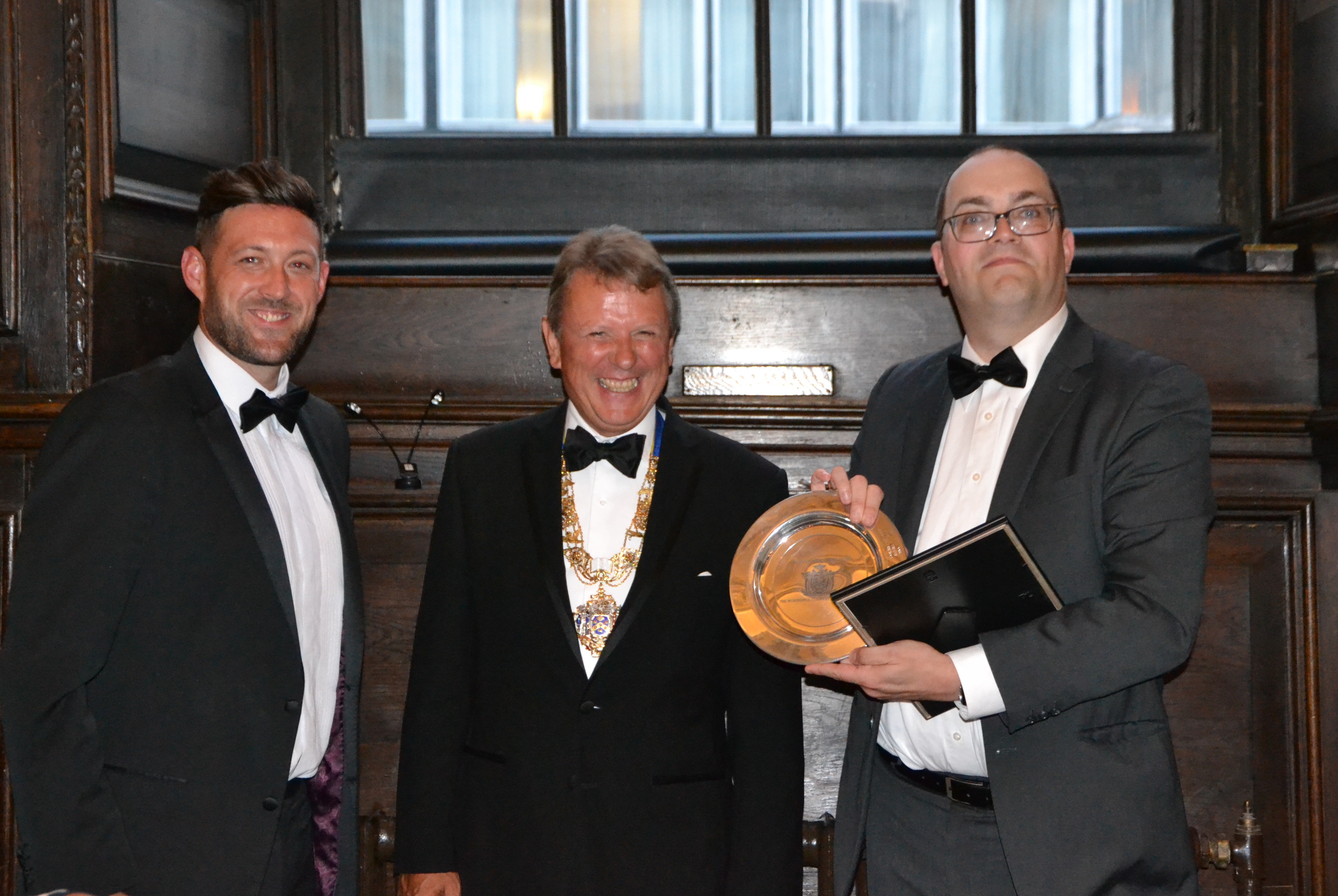 On Monday 16 July 2018 at a dinner at Stationers’ Hall the Young Stationers’ Prize for 2018 was awarded to Dr Shane Tilton.  Dr Tilton is Assistant Professor of Multimedia Journalism at Ohio Northern University and in making this award the judges recognised his commitment to both his subject and his students, while acknowledging the number of awards that he had received from within the industry. These demonstrate his standing within both his academic subject and the broader industry.

The presentation was made by last year’s winner, Ian Buckley of Prima Software.

In a change from previous years, the judges also made extra awards recognising achievements in five sectors of the Communications and content industries:

Winners of the five Sector Awards were:

Marie Cannon, Knowledge and Information Officer at Clifford Chance, received the
Young Stationers’ Award for Books and Archiving. In addition to developing her own career, the judges were impressed by her commitment to ongoing learning, and contribution to the development of librarianship through the likes of the Special Libraries Association (SLA) and Commercial, Legal & Scientific Information Group (CLSIG).

Salma Haidrani, Freelance Journalist, received the Young Stationers’ Award for Journalism and Communications for her writing which takes a fresh perspective on themes such as women’s rights and the role of culture and religion in today’s society, particularly within minority communities.

Julie Chen, Co-Founder and Director at The Cheeky Panda, received the Young Stationers’ Award for Print, Paper, and Packaging for her radically new approach to papermaking, using bamboo to create a more sustainable and environmentally-friendly alternative to traditional paper.

Nina-Sophia Miralles, Co-Founder and Editor at Londnr, received the Young Stationers’ Award for Publishing, Digital, and Design.  Her award was given for having achieved the launch of her own digital magazine, which is now approaching its first print issue. Nina’s award was collected on her behalf by Felix Lecoq.

This year’s judging panel was chaired by Professor Tim Connell, a Court Assistant of the Stationers' Company and Professor Emeritus at City, University of London. Commenting on the awards he said:

“In deciding to add an overall award to the list of prizes on offer, the judges felt the need to acknowledge the importance of the all-round contributions made by Doctor Tilton not only in the educational sphere but also with regard to the benefits for students in terms of training and support in preparing them for the professional world.”

The Young Stationers’ Awards and Prize set out to recognise outstanding talent and achievement among those under 40 in a range of qualifying professions and sectors across the communications and content industries. Besides Ian Buckley, other winners include Ella Kahn and Bryony Woods, founders of Diamond Kahn & Woods Literary Agency; Angela Clarke, novelist, playwright, and columnist; and Katie Glass, of the Sunday Times.

This was Dominic Graham’s last event as Chairman of the Young Stationers.  Ella Kahn now takes over the role.

Access the latest edition of the Economic Newsletter for the European Printing Industry for data on industry turnover, energy prices, paper consumption and pricing data for pulp, paper, recovered paper and packaging grades. 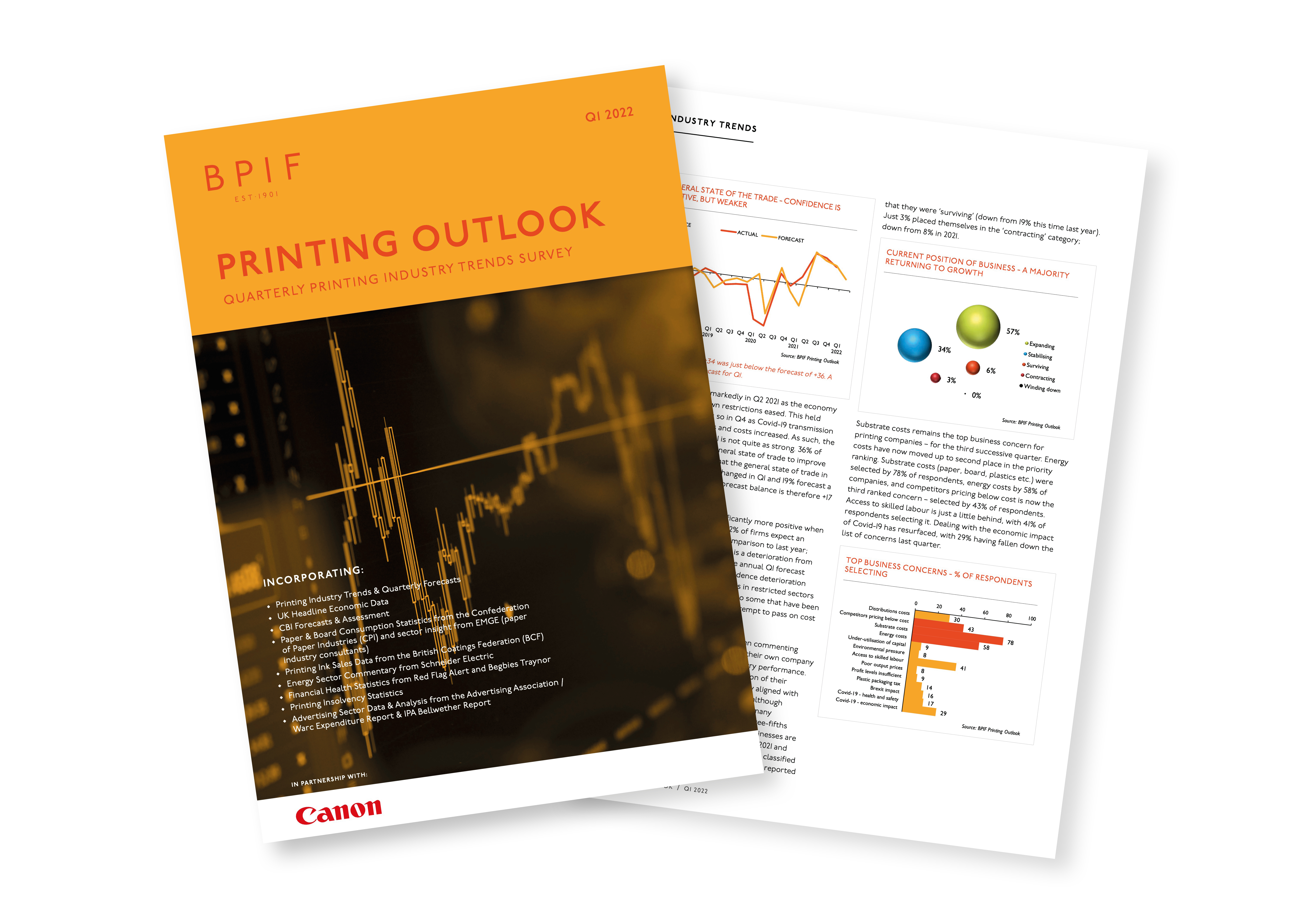