Manufacturing: Is the gender gap closing?

If you ask someone who doesn't work in manufacturing, their opinion of the industry will likely prompt visions of factories, men in overalls, assembly lines and very few women.
Historically, manufacturing has been seen as male dominated, with few women choosing to follow a career within the industry. Even in the modern day, women only make up 26% of the workforce within this sector. 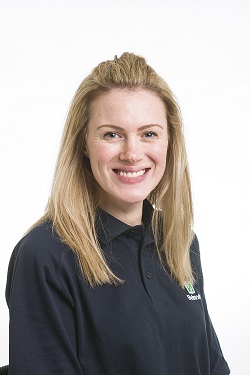 Kate Hulley is one of this small percentage and demonstrates a unique business model within the industry. As the Managing Director and owner of Wigan based cardboard box manufacturing company, Boxed Up, she's creating jobs, driving growth and reducing gender inequality within manufacturing.

Female Led Manufacturing
Female led manufacturing businesses are few and far between but Kate speaks with great pride about running a company that is female-led; "Manufacturing is a sector I feel passionately about and figures show only a quarter of the industry workforce (26%) are actually women, so of course I would like to encourage more women to seek out careers in such a fascinating and diverse industry."

Having been in the industry for the majority of her working life, Kate bought Boxed-Up and sister company Belmont Packaging from her father in 2013. She's the company's first female owner and 40% of her workforce are female, with several career focused women heading up roles of significant responsibility; "I am passionate about ensuring women and working mothers be the best they can be and that they can have it all, being a good mum and fulfilling their potential at work."

An effective business model
Business models such as Boxed Ups' are proving that women can be very successful in manufacturing and what's more, they're setting an example of how we can expect the industry to look in the future; "The variation in the industry is stimulating and we're seeing more and more women who are getting involved."

Today, Boxed-Up is a recognised and successful name in the world of manufacturing, boasting a trustpilot score of 9.6 stars and growing year on year. Kates' energy and attitude has ensured company growth and has landed the company with a number of lasting working relationships including the likes of Roots, Hallmark and New Balance.

A lack of female role models could arguably be one of the barriers for female start-ups in the manufacturing industry. In fact, women-led SMEs are hugely underrepresented in the manufacturing and construction sectors, accounting for only 7% and 8% of business respectively.

Despite these figures, women are able to bring a multitude of skills to the industry, which Kate believes could be the key to faster growth within the sector; "More women are needed in work to aid the economy, manufacturing is a wealth creation industry so the more the merrier! Women are able to bring softer skills to the party to aid cohesion and collective decision making."

When asked for her advice for anyone considering a career or business venture into the manufacturing industry, Kate says; "Go for it, you only live once and you won't regret it!"