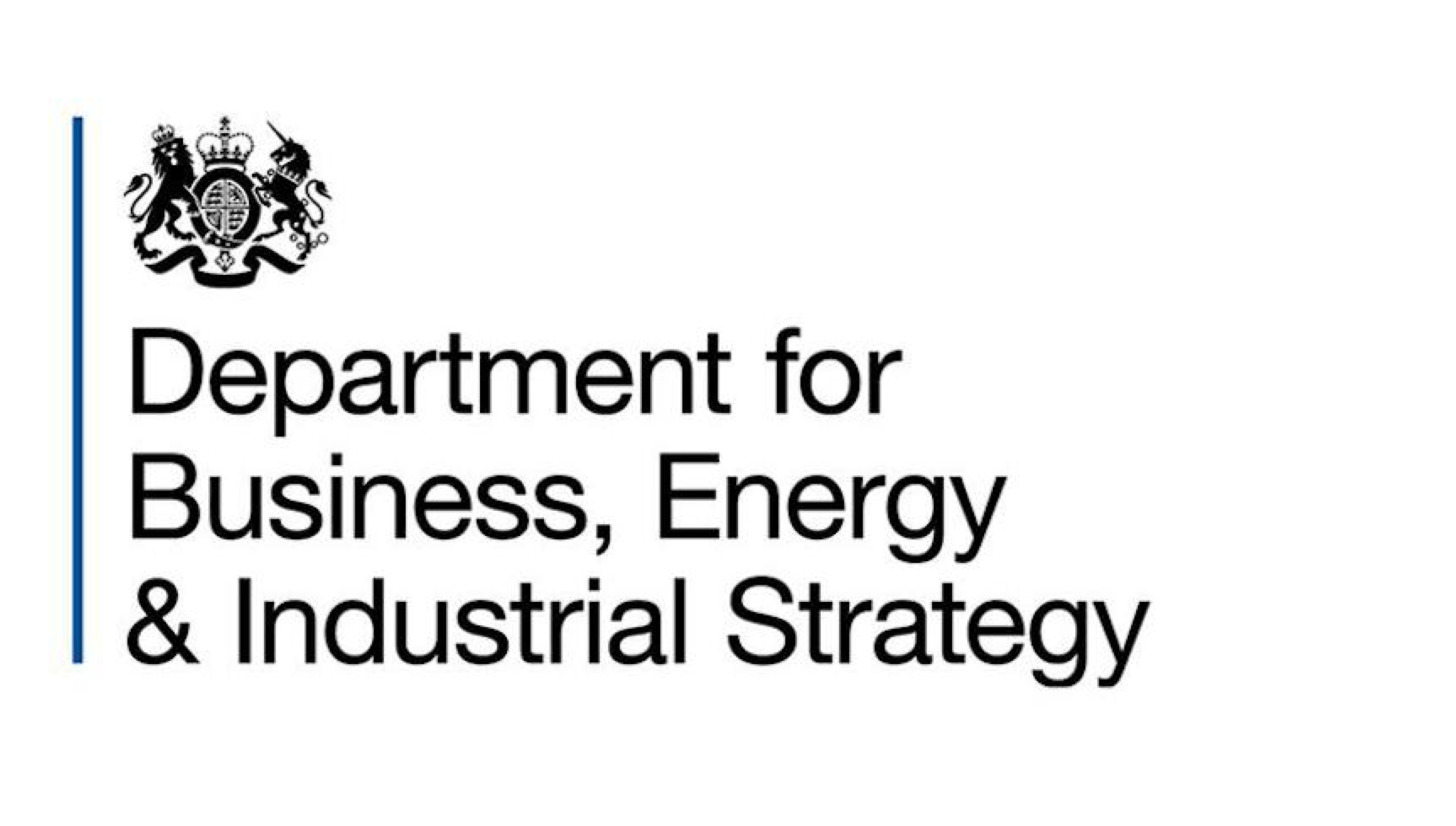 Autumn Statement 2022 – What does it mean for print?

It was a calmly delivered statement by the Chancellor, despite the lack of good news to share. Officially, according to the OBR, the UK has now tipped into recession (in other words, the economy’s slowed for two quarters in a row). Expect a reduction in Gross Domestic Product (GDP), house prices, employment and disposable incomes in 2023.

The Statement started against a backdrop of new inflation figures released yesterday, showing inflation at its highest since 1981, and ended with the pound taking a slight wobble, but share prices holding steady as markets reacted to the sombre but expected news.

As usual, we’ve combed through the measures announced to share those most relevant for our industry.

Important measures for business include:

Income tax thresholds were already frozen at £12,570 (basic rate) and £50,270 (higher rate). These thresholds have been extended to 2028, so no extra money in our pockets for another several years, via the income tax mechanism at least. This also means pay rises over the next five years are more likely to drag people into the higher rate bracket of 40%, as the thresholds won’t keep up.

Those who earn more than £125,140 will now be subject to the highest rate of income tax (45%) whereas previously an individual had to earn £150,000 to tip into this bracket. As a result, higher earners will pay around £1200 more in income tax.

These changes kick in from April 2023.

If you’re planning on selling shares or assets, be mindful that the annual allowance before capital gains tax is paid will also be reduced from £12,300 to £6,000 in April and then to £3,000 a year later.

At the Autumn Budget 2021, the government announced a new improvement relief to ensure ratepayers do not see an increase in their rates for 12 months as a result of making qualifying improvements to a property they occupy – this is something we had been calling for in submissions to the Treasury in recent years. This will now be introduced from April 2024. This relief will be available until 2028, when there will be a review.

The Annual Investment Allowance (AIA) will stay set at £1 million from April 2023 meaning you can write off the cost of qualifying plant machinery investment in one go.

If you’re considering investing in an electric car, note that from April 2025, electric cars will no longer be exempt from Vehicle Excise Duty.  Company Car Tax rates will increase by 1% each year.

There are two elements here – energy prices for households and for businesses.

For households, the Energy Price Guarantee is rising a bit per unit of energy, meaning the average household energy bill will now be capped at £3000 rather than £2,500. Remember, this is just an average – if you use more energy than average your bills will come in at over £3000. But it’s better than nothing – if the Guarantee was allowed to expire completely, experts reckon the average bill would go up to around £3,700.

For businesses, there were no changes to plans to end the Energy Bill Relief Scheme at the end of March 2023 (with exemptions for vulnerable industries). The Department for Business is currently reviewing the Scheme and defining what makes a vulnerable industry – many thanks if you submitted information for us to pass on to them.

The National Living Wage (the minimum pay rate over the age of 23) will rise to £10.42 in April - a move that affects about two million people directly with annual pay increases worth over £1,600 to those working full time. But it will also have a knock-on effect on pay structures within companies, as higher-paid staff hope to see their wages increase alongside. We will ensure the Department for Business is aware of the additional pressure this may put on businesses, noting that staff costs are already a key concern for many of you.

Further information on wage rates can be found here.

The employers’ national insurance contributions threshold is frozen until April 2028.

A new Energy Efficiency Taskforce (EETF) was announced to deliver the commitment to reduce the UK’s energy consumption from buildings and industry by 15% by 2030.  New government funding worth £6 billion will be made available from 2025 to 2028, in addition to the £6.6 billion provided in this Parliament.

To support supply chains, tariffs on over 100 goods used by UK businesses will be removed for two years to help relieve pressure on costs for UK producers. Apart from parts of car seats and bicycle frames, it’s not yet clear what goods have made the list. 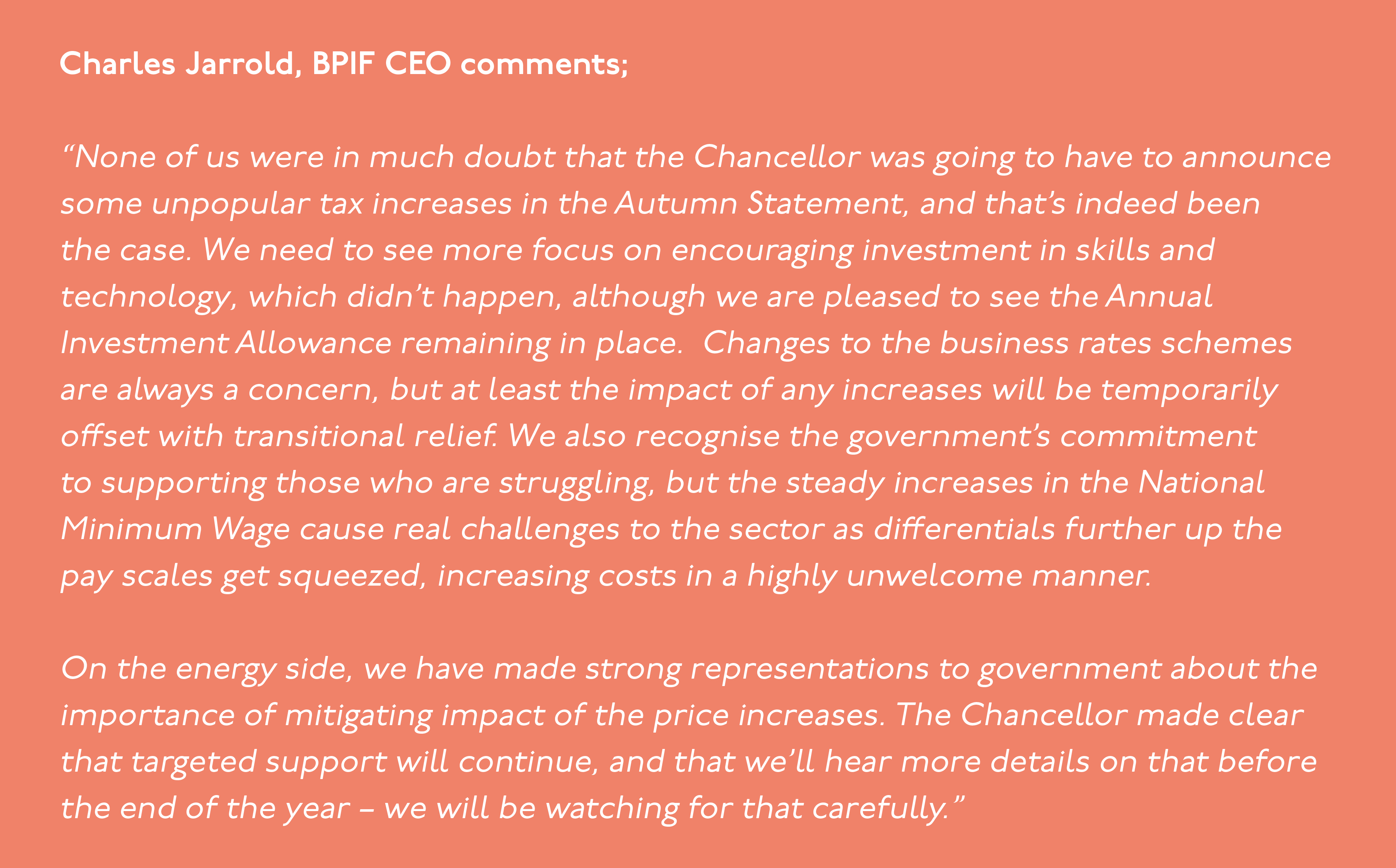 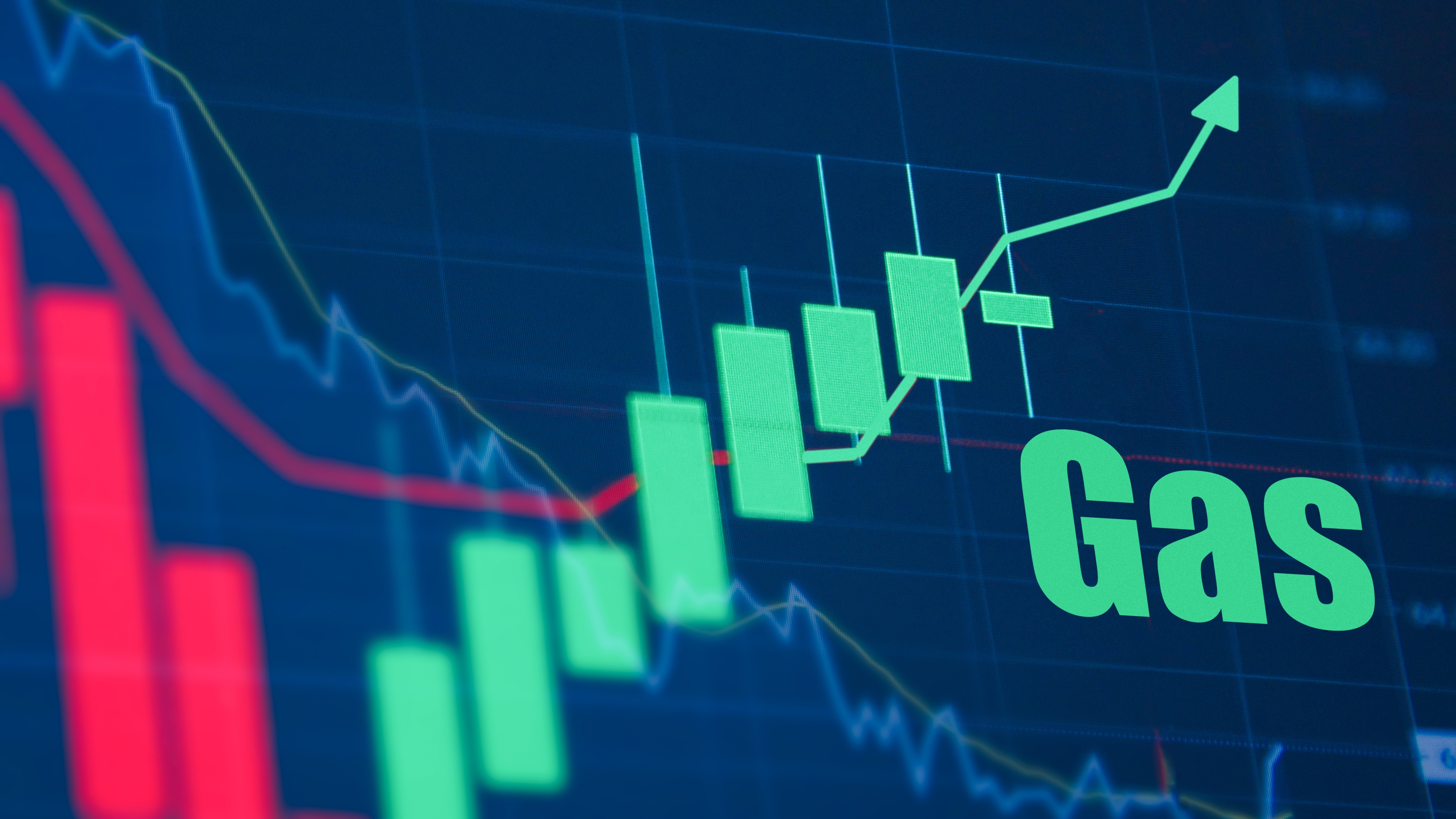 When it became apparent that rapid and extreme energy cost increase were going to have a significant impact on many companies in the UK printing and printed packaging industry the BPIF designed a survey to gather information from companies. Here we provide a summary of the main findings from this research.

Expectations for q4 have deteriorated as confidence falters.